Our ‘Black & African History’ courses are designed so that we can better understand the full social aspects that influenced black history. The courses provided by ACAP Academy CIC, in Cardiff, cover a comprehensive range of ideas, which encourage students to provide their own conclusions and thoughts on the topics in discussion. 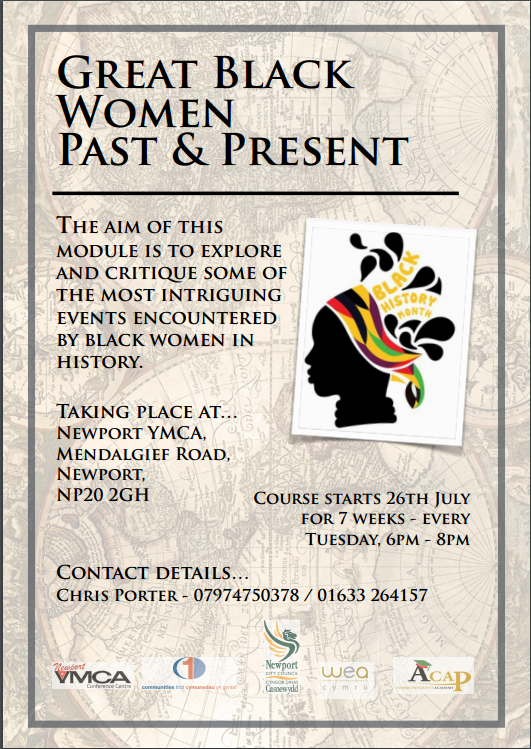 Multicultural education and inclusivity is still one of the main issues that face teachers in the 21st century. Due to the diversity in our schools a mono cultural approach is still a dominant factor in all children’s lives. This session will look at ways in which teachers, trainers and mentors can change their methods of instruction to engage those from minority groups.

BA115 – North African Civilisation, The Rise and Fall of Carthage

This section will look at the Punic Wars and the conflict that this North African kingdom had with Rome. The Black Phoenicians were the superpower of the Mediterranean until Rome began to slowly chip away at the empire. We will concentrate on the exploits of Hannibal Barca and his rise and fall before Northwest African became part of a Roman Province in 146BC after the destruction of the Carthaginian Empire.

BA120 – Gang Culture and Social Marginalisation What is gang culture?

This section will look at some of the reasons why gangs emerge in the inner city communities and what effects does it have on the next generation. With the rise of matrifocal homes and social and economic poverty, young black men are now seeking more secure and reliable external families from outside their homes. We will investigate some of these reasons to see if there are any key links to these proposed confirmations.

Do we really know who we are? Who are you? What are you? These are just some of the questions that this section will investigate in order to see how social identity of black people is constructed. This section will look at slavery and pursue its journey to liberation and independence; in relation to their identity formation through these social and political changes.

Examining the different forms of family structures and functions within the social framework and experiences of the black community since slavery. This section will assess the psychological effects of the breaking up African Families during slavery; and comparing these impact within a modern context of social studies.

From women of high ranking status throughout Black and African history to the social demise of European women during the Dark Age witch hunts. This section will look at some of the greatest women of colour and observe their contribution to world history and culture. We will go back into the prehistoric era of the African Venus’s excavated in Euro-Asia to African Eve the mother of Mitochondrial DNA. We will document the ancient Queendoms of the Kentakes and High Priestesses of KMT, Nubia and Kush; to the modern rise and fall of imperialism and their determination to fight off foreign invasion over the centuries.

Ancient Kush and KMT are the oldest cultural civilisations in Africa and due to; exploitation, suppression, distortion, falsification and defamation – colonial discourse and administrators have managed to insert Europeans into Ancient African history. This section will look into the ancient dynasties as well as show how African civilisation was advanced by Africans in the building of high civilisation and culture.

Since 1947 minority groups faced many challenges until the enactment of the Race Relation Acts that had been passed by parliament during the 1960s/1970s. We will look at the social upheavals, exclusions and riots which emerged in the 1980s, along with the relationship blacks had with the police and the legal system within the UK. This sociological study will survey the social experiences of Black people right into the 21st century.

Genetic research can now answer our questions concerning racial differences and its significance to the human family. This section will look at African Eve and the mitochondrial DNA descendants to her. We will also look into the male genetic line of the Y Chromosome Adam in Africa and their spread into other regions. We will also look at inherited traits and how Europeans measured skull size in order to determine the intellectual superiority of Europeans over the African and how this was used to justify the biased IQ tests and low educational attainment among blacks within the schooling system

BA155 – Mixed Races throughout the Ages

During the 21st century we are observing in the West the rise in mixed race children and relationships. Miscegenation was a common practice amongst human societies from antiquity to contemporary periods between people of different racial groups. This course will introduce you to the mixing of races and the social and political relations they had with the society in which they lived in. With race mixing and ethnic amalgamation the changing face of the West will show a new breed of people which will display a new Western world.

Prehistoric Wales has unearthed many human remains of Africans that were excavated in Plylimon, North Wales. This section will look at the Grimaldi skulls and other human remains that have been found and predates the white or European occupation to these regions.. We will also look into Europe, Russia and Asia and how these prehistoric blacks became the mothers and fathers of Cro Magnon.

What are role models? And how do they impact modern society and individual communities? The Black Community is in need of true role models? This section will investigate in greater detail the characteristics of role models that are influencing our young and how it impacts their future. Attention will be paid to consumer behaviour and symbolic imitation done by the youth that replicate the attitudes of these people they model themselves on.

A very sensitive topic which needs to be addressed. Racial inferiority has caused people from racial groups to see themselves as less than human which makes them want to look more like their former oppressors. This section will look at the racial changes both women and men develop in some of these self hating procedures by erasing their skin colour and hair textures to resemble Europeans and believing it’s the ultimate aesthetic for visual beauty and physical attraction .